The capability is made possible using the new and improved Windows Subsystem for Linux (aka WSL 2) plus a new companion layer called WSLg (one assumes the ‘g’ stands for ‘GUI’, but don’t quote me on that).

You can watch Microsoft’s Craig Loewen showcase the feature in the following video. We’re talking about real desktop Linux apps running on Linux via WSL on Windows 10, and both X11 and Wayland-ready apps are supported:

Linux apps launch from the Linux environment set-up in WSL, with full access to the WSL file system. GUI Linux apps can be launched from the command line (as you’d expect) but they can also be opened using a regular Start Menu shortcut.

In one example, Craig runs the Linux version of Microsoft Edge on Linux but on Windows 10. And to help users know which apps are Linux and which are Windows, WSLg apps have a cute Linux icon badge in the taskbar and Start Menu icons: 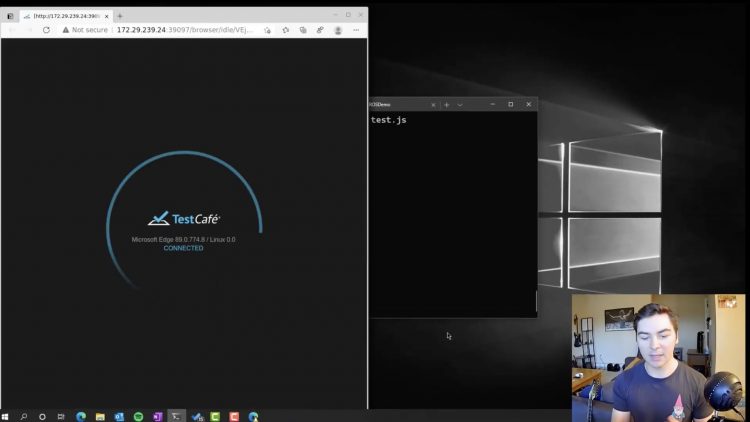 A few other choice details from the video:

Want to kick the tyres on WSL’s Linux GUI app support right now? Well, you can — if you have Windows 10 Insiders preview build 21364 (or later), that is. Just run wsl --update to update to the latest version with WSLg support and then boot your WSL environment and install apps from your distribution’s archive (or build things from source, if you’d rather).

When will WSL GUI app support be made available on regular Windows releases? No firm date right now, but sometime in the near future is likely. Microsoft is pretty good at bringing features to stable streams in a reasonable time frame. In the mean time you can install WSL on Windows 10 and run your favourite CLI apps and tools.

What would you use WSLg for? Let me know in the comments.